With a flaky pie crust, gooey, buttery, and a sweet filling, and minimal ingredients — Southern chess pie is an American treat! It’s a unique dessert option that will have the entire table begging for the recipe!

The first time we heard about Southern chess pie, we were intrigued! The name of this special dessert doesn’t give any clues about what it tastes like, and there are several different stories out there about its origins. Some folks say that it originated in England back in the 18th century. In those days, it was important to make sure food products lasted as long as possible. Most everyone couldn’t afford to let food go to waste! Sugar helps protect ingredients like milk and unsalted butter from spoiling. Combined with butter and a few other spices, the pie could last for ages inside a chest. You have to admit, “chest” does sound like “chess!” Another version of the story goes like this: a cook was whipping up something for dessert. When someone asked her what she was making, she responded by saying, “It’s just pie.” In a Southern accent, “just” sounds like “chess.” No matter what story you go off of, this Southern chess pie recipe is a crowd pleaser!

We swear by our homemade pie crust recipe. If you’re in a crunch, you can always use store-bought. Make sure that you don’t skip the freezing step for this recipe! It will give the crust the perfect texture as it bakes.

Southern chess pie is sweet, indulgent, and downright delicious! It is similar to custard and the added cornmeal lends a texture that we just love. Plus, as it bakes, the sugar caramelizes on top! A lot of chefs compare it to a pecan pie without the added pecans.

While these two desserts look quite similar, a Southern chess pie recipe is not the same as a buttermilk pie recipe. The latter features lemon zest as well as vanilla in the filling, while old fashion chess pie contains fewer ingredients. It also has added cornmeal, while buttermilk pie does not.

Lemon juice helps to cut the sweetness of the old fashion chess pie. The original recipe calls for white vinegar, as in those times lemons were difficult to find. Whether you decide to use lemon juice or vinegar, don’t worry about tasting it in the final results.

Troubleshooting: How Do I Keep Chess Pie From Cracking?

When you move a pie out of the oven too fast, you risk cracking the top. One trick of the trade to keep pies from cracking is to place the pie dish on a cookie tray to bake. That way, when you take it out of the oven once it’s finished baking, you don’t have to worry about moving it too much.

You can follow the recipe card exactly, or you can make this old fashion chess pie recipe your own by adjusting it slightly. Here are a few of our favorite flavor variations:

Does This Dessert Need To Be Refrigerated?

This is a Southern chess pie recipe that requires a bit of patience! It’s best served at room temperature, so once it’s done baking you’ll want to leave it to cool down for a few hours. If you end up with any leftovers, you can store them in the fridge. More info on that below!

Store any leftovers in an airtight container in the fridge for up to 3 days. We like to enjoy our pie chilled, but you can also reheat single servings at a time in the microwave. Heat at 30-second increments until it’s warmed through.

Watch the video below where Caytlin will walk you through every step of this recipe. Sometimes it helps to have a visual, and we’ve always got you covered with our cooking show. You can find the complete collection of recipes on YouTube, Facebook Watch, or our Facebook Page, or right here on our website with their corresponding recipes. 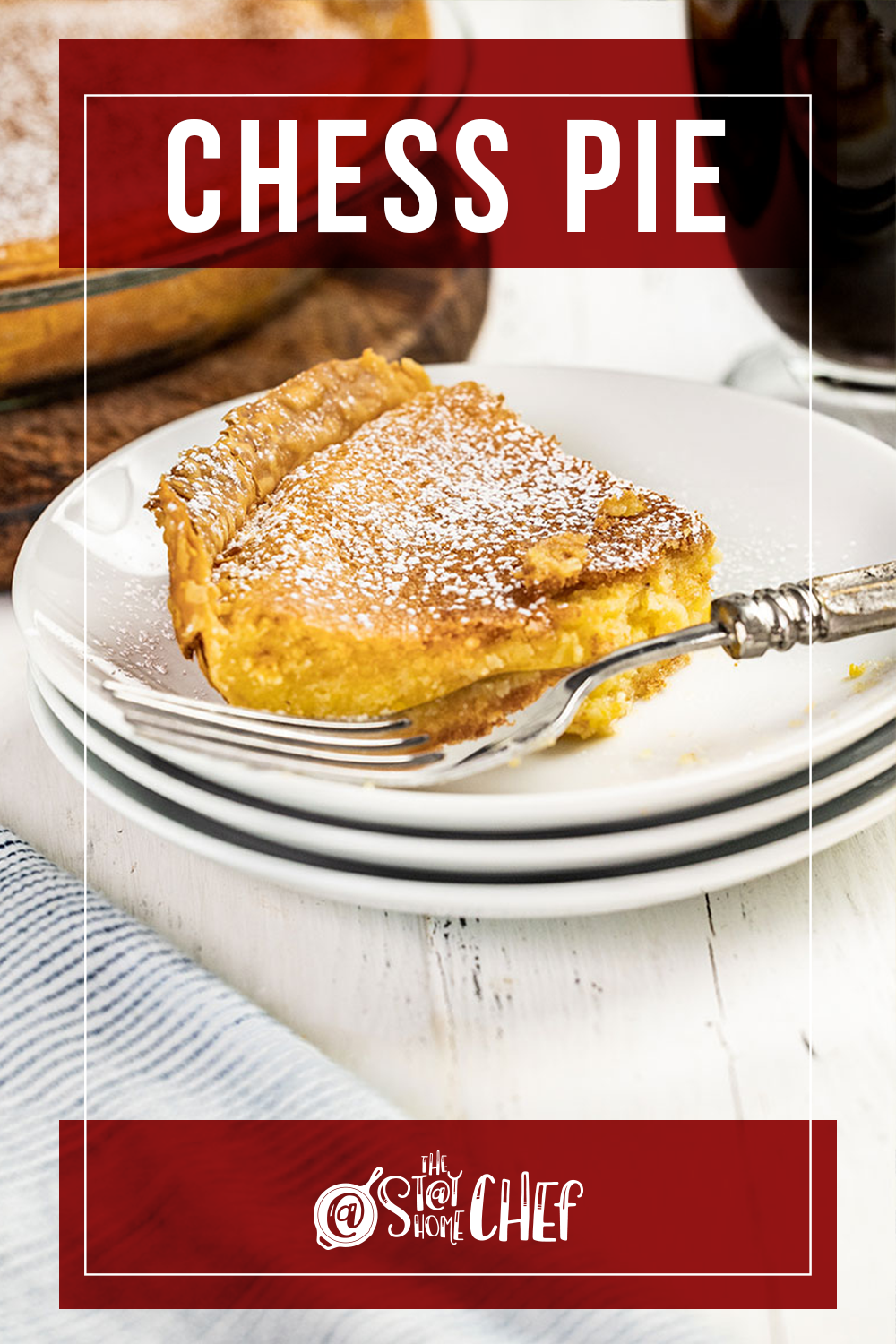