Korean Beef Bulgogi is a super easy way to enjoy tasty Korean food at home. A quick and simple marinade for flank steak is all that’s needed to enjoy this classic. 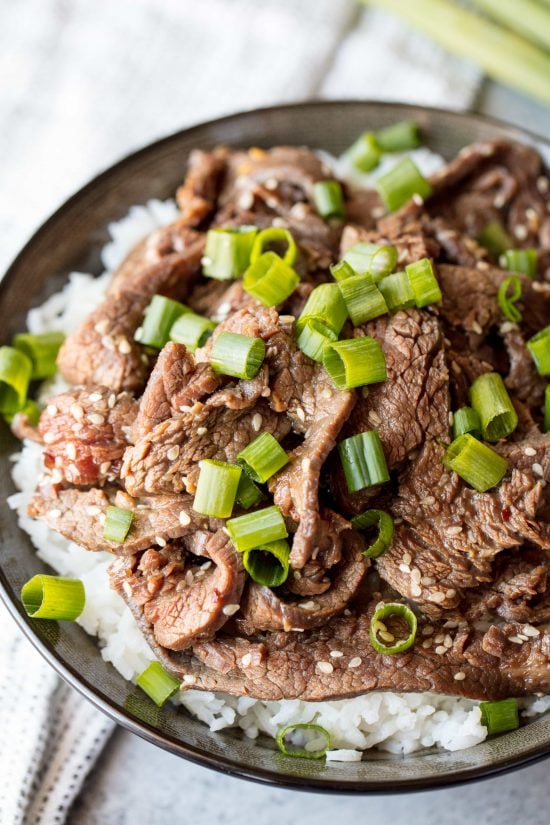 Bulgogi is perhaps the most well known Korean dish. Thin slices of beef steak are marinated in a delicious sauce consisting of soy, sesame, ginger, and garlic. It is commonly served over rice. Garnish with sliced green onions for both color and flavor.
The flavor profile of bulgogi is familiar across many cultures which is why this dish has gained world wide popularity. It can be found on the streets of Seoul, of course, but it can also be found in restaurants from New York to Los Angeles, and a lot of small places in between
This popular Korean dish is sure to become a family favorite. Not only is it super flavorful, it’s also really easy to make.

What kind of meat is bulgogi?

What side dishes to serve with bulgogi?

Bulgogi is commonly served with rice and kimchi.

What is bulgogi sauce made of?

Bulgogi sauce is primarily soy sauce based and is flavored with ginger, garlic, and sesame. Thin strips of beef are marinated in this mixture, then cooked quickly. 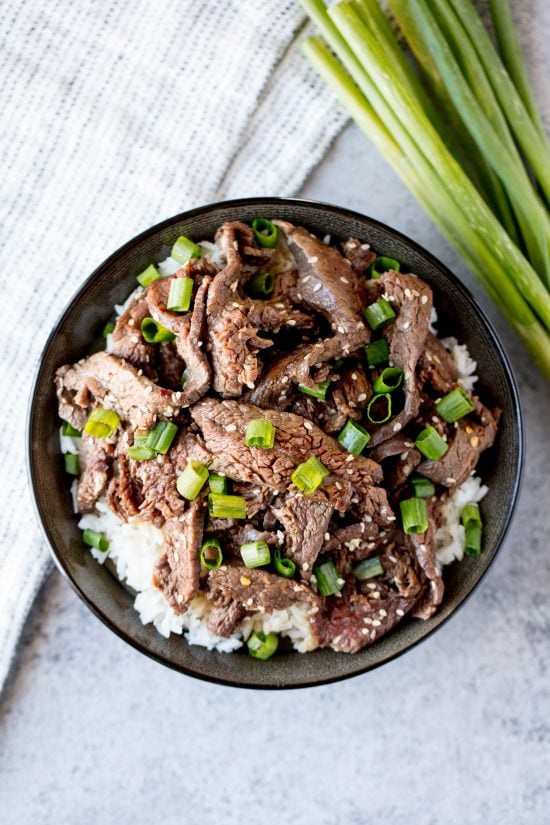 If you like this recipe you may also be interested in these Korean and South East Asia inspired flavors:

Watch the video below where I walk you through every step of this recipe. I also share great tips and tricks. This one has a great one in it about getting your meat sliced that  a lot of people don’t know. You can also hear my slaughter pronunciation. I’m admittedly terrible at that!

This recipe first appeared on The Stay At Home Chef on March 4, 2014

Korean Beef Bulgogi is a super easy way to enjoy tasty Korean food at home. A quick and simple marinade for flank steak is all that's needed to enjoy this classic.
Ingredients
US Customary - Metric
Instructions
Notes

I cooked this for dinner and was excellent and easy, I have to make it again, thanks for sharing 👍

Made these for the family last night, and it was a huge hit!!!